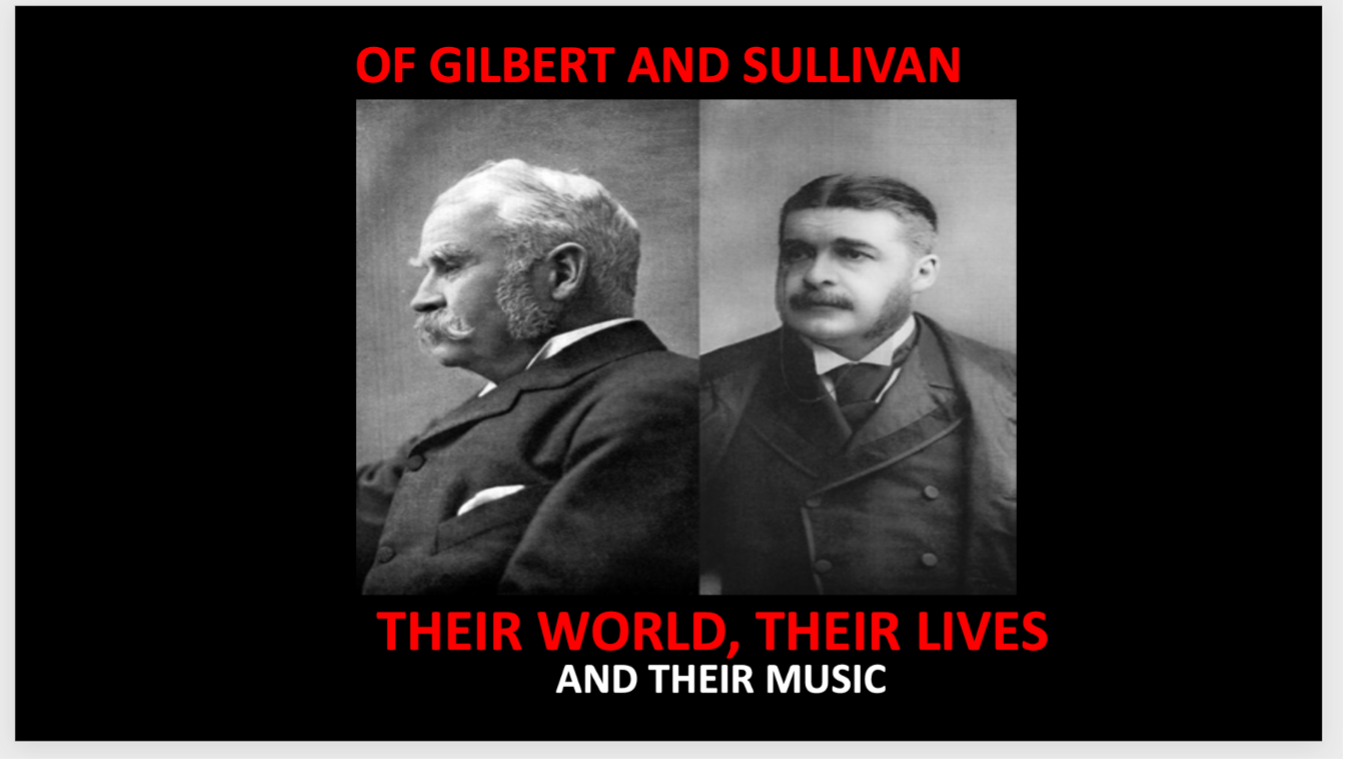 Performed still throughout the world, the Gilbert and Sullivan comic operas have been part of the fabric of British life for over a century. Beyond the success of the operas themselves however, behind the lives of these two extraordinary men and that of Richard D’Oyly Carte whose business acumen brought their operas to public attention throughout the world, lie stories involving jealousy, greed, tragedy, drugs, gambling and sex! In a presentation illustrated with images and musical extracts we learn about this unique partnership and the enduring legacy of their work and times.

‘What an interesting talk - thank you so much. I’ve had such a positive feedback from members….’
Maidenhead National Trust Association 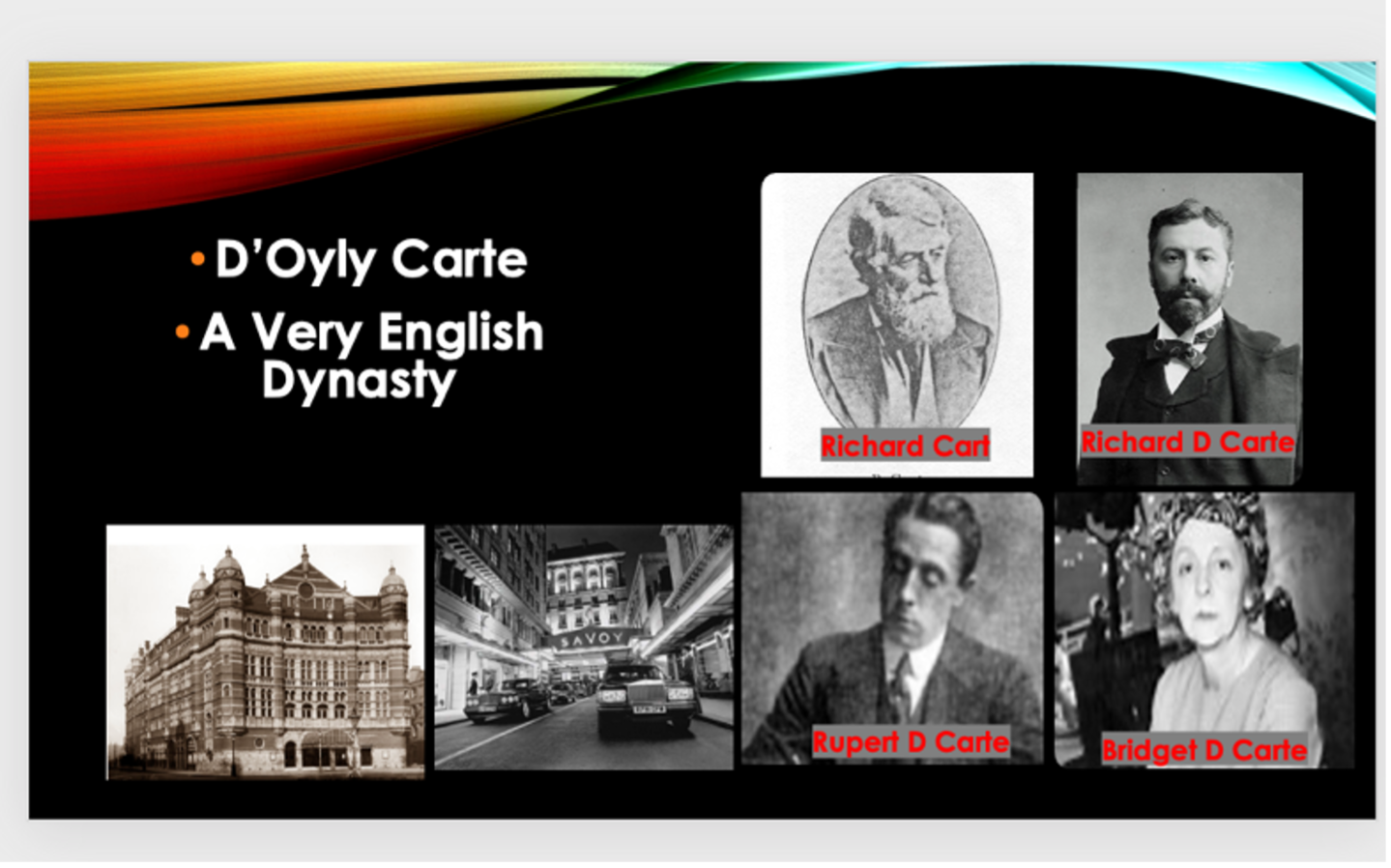 The name D’Oyly Carte is known by many people in relation to the vital role of Richard D’Oyly Carte in the success of the Gilbert and Sullivan comic operas. In a presentation which covers four generations of the family from the mid-19th century until the late 20th century, we learn much more of the background to this remarkable family and its achievements and successes, its failures and tragedies. We also discover the legacy and landmarks that the family left and that remains part of our lives today. Oh, and where did the D’Oyly Carte name originate from?

"We did enjoy your talk….thank you
so much for a memorable afternoon".
Mileham WI, 2022. 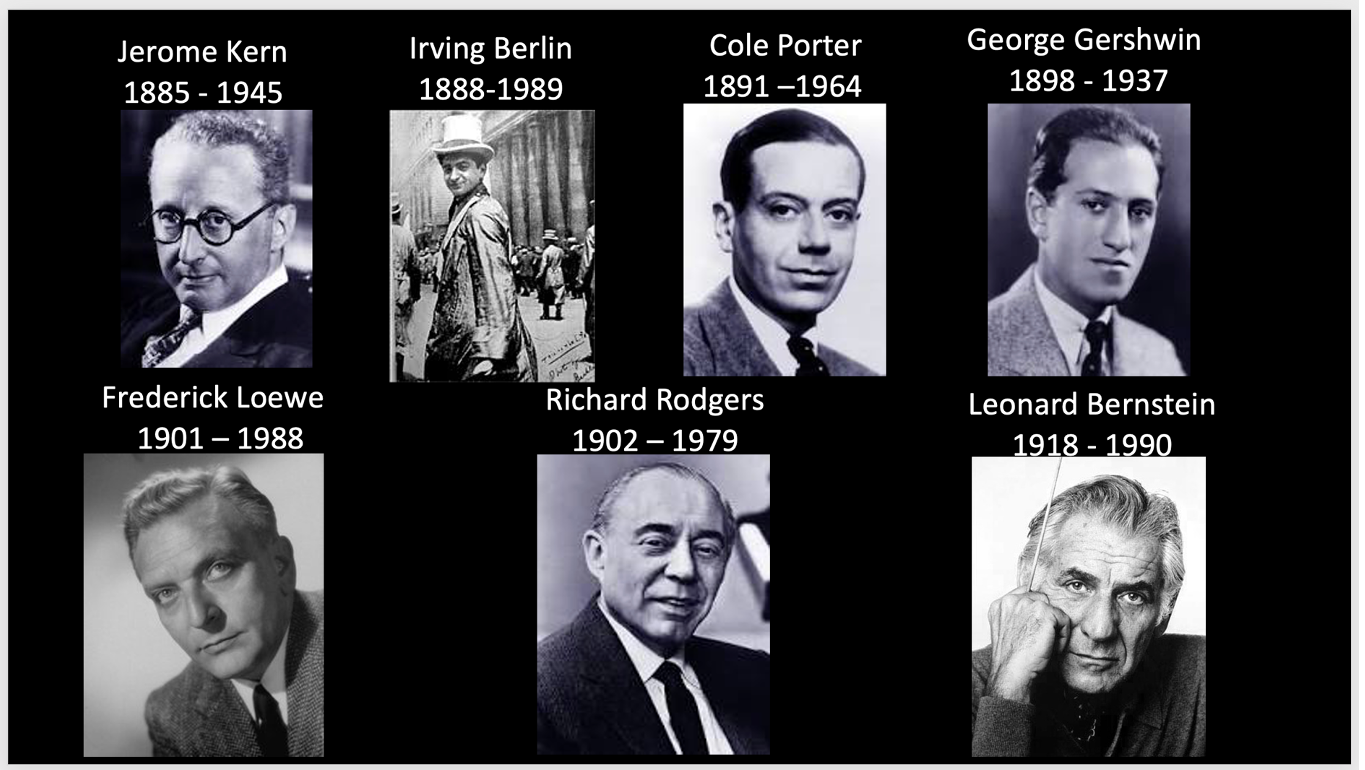 As well as contributing thousand of popular songs that remain ‘standards’ and which comprise much of what is often referred to as The Great American Songbook, the stories behind the lives of our seven American songwriters also reveal extraordinary, fascinating and even shocking facts from their personal lives. Which songwriter survived almost certain death by oversleeping? Who survived in his earlier years as a boxer and even fought a future world champion before finding fame with one of the greatest musicals ever written? Who married and raised a family before choosing to live with other men – yet retaining the loyalty of his wife? Which household name which we associate with some of the sweetest music ever written was said to be an unpleasant and sour man? Whose life was touched with sadness and tragedy on more than one occasion and yet remained optimistic and became part of American folklore? Who married eight times but never found true contentment? These and other fascinating stories will be revealed in the presentation illustrated with pictures and musical extracts.

The Centenarian of Song 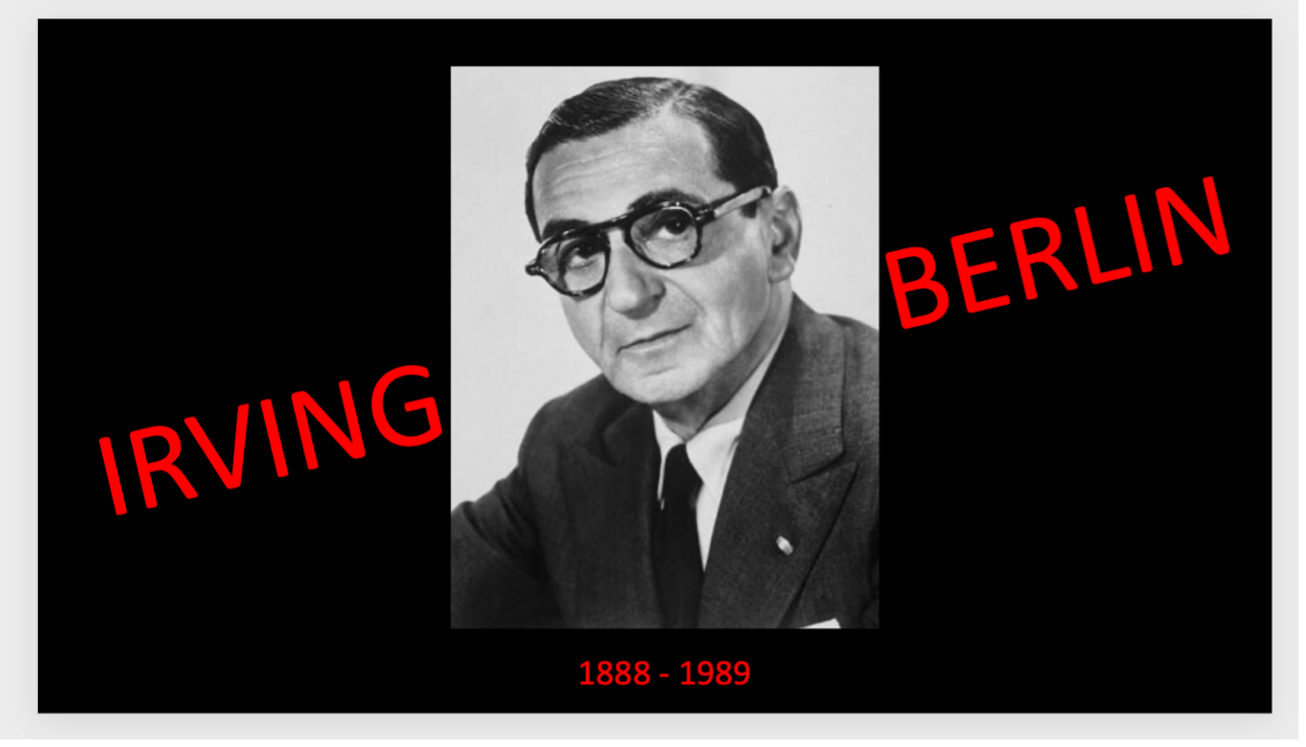 From his poverty-stricken entry to the USA as a young Jewish immigrant name Israel Baline, to his phenomenal song-writing success as Irving Berlin in a life that spanned 101 years, we discover the steps that took Berlin to fame and fortune and made him an American legend. We learn about the tragedy that touched his life and why his work, music and reputation endure today in the American way of life. Which song of Berlin’s remains the biggest world-seller of all time? Why is his name associated with the tragedy of America’s 9/11? Which American President had become part of Berlin’s performing life before he entered politics? These and other fascinating facts are revealed in my presentation which is illustrated with pictures and musical extracts. 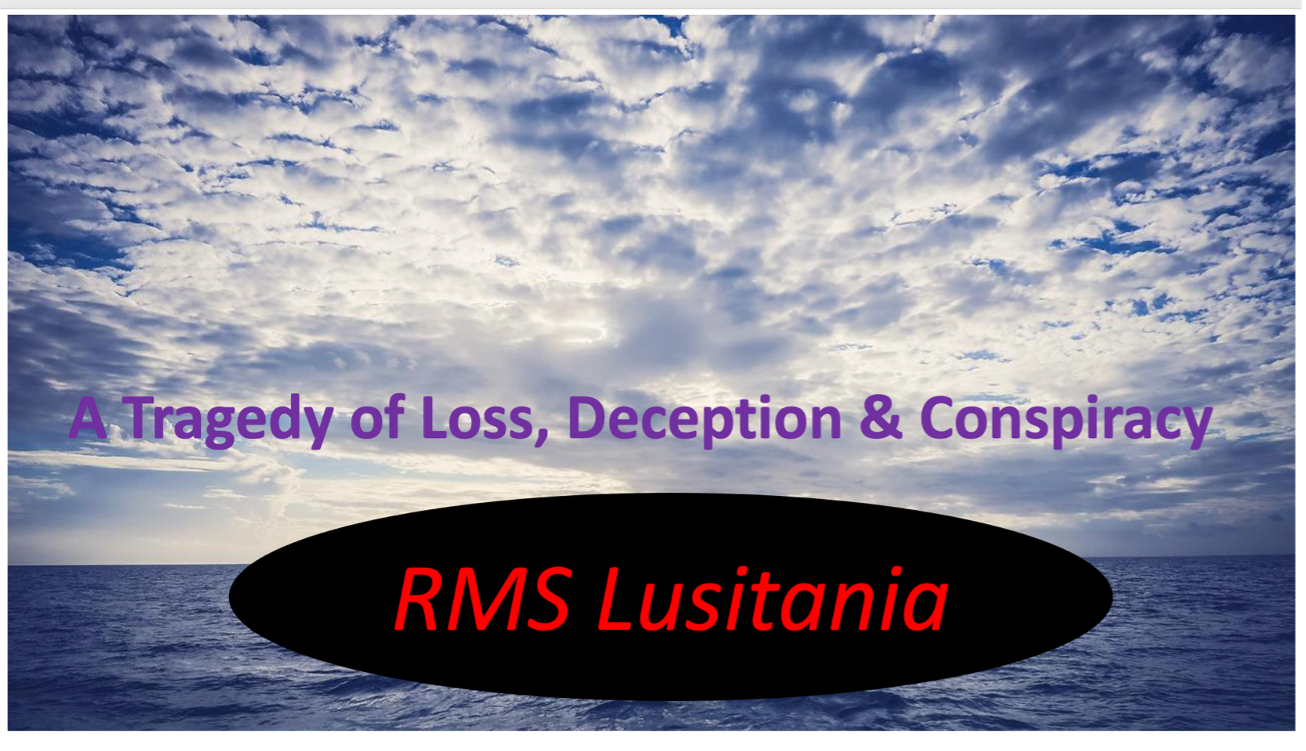 The loss of Cunard’s RMS Lusitania is a story from WW1 though the victims were innocent civilians, many from what was then a neutral State. We follow the events that led up to its attack in May 1915 and we follow the lives of some of the survivors and victims. We also investigate if a successful attack by a German U-Boat on a civilian ship was a legal act of war and why more wasn’t done to prevent the loss of life that followed. As well as a story of war, and a story of deception and possible conspiracy it reveals some interesting aspects of the lives of those onboard, both famous celebrities and ordinary people and how they are remembered today. This is a presentation with interesting images and pictures that will appeal beyond those who might regard it as merely a part of WW1 history.

"Thanks again for a fabulous lecture on Lusitania".
English Speaking Union - USA 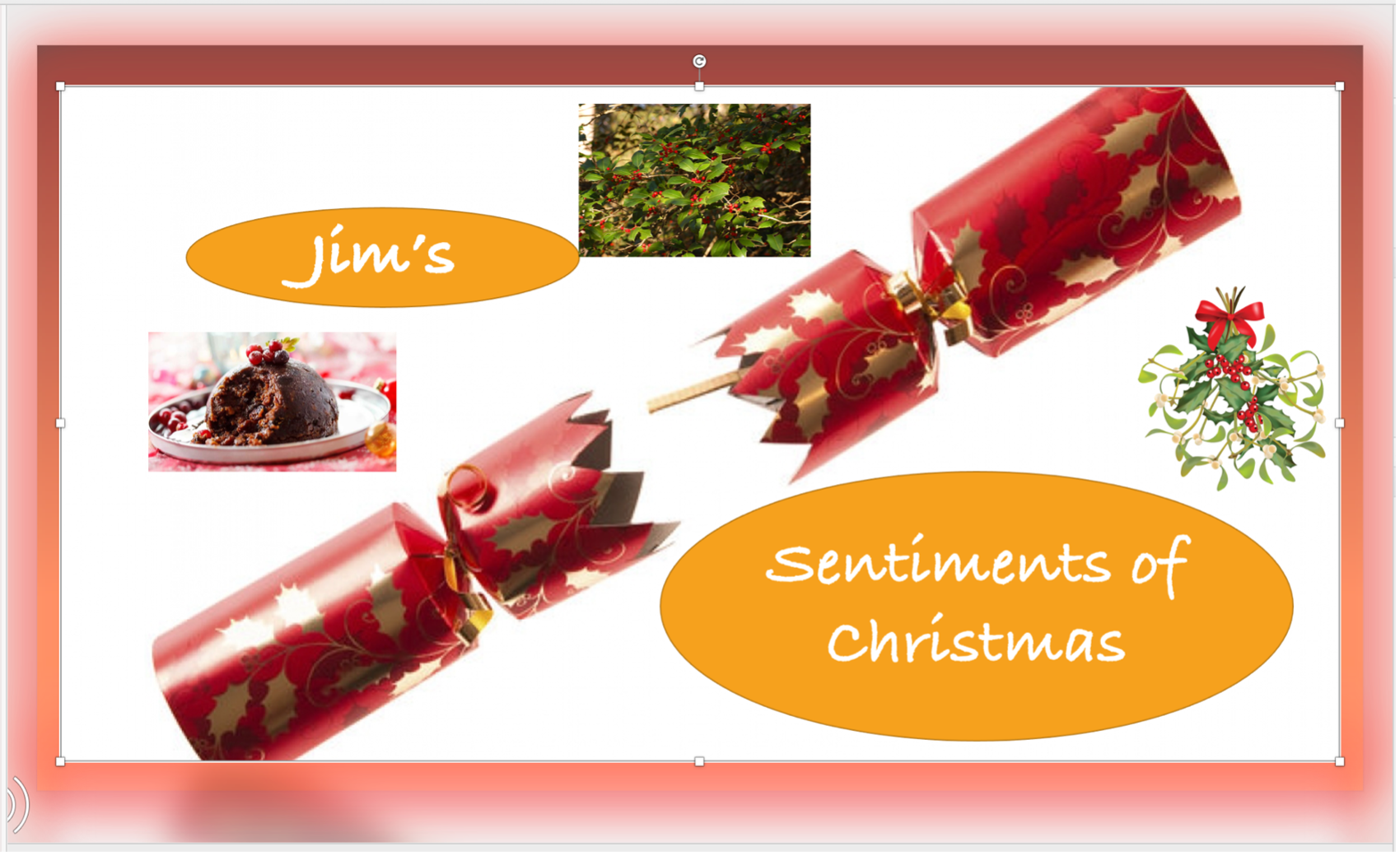 Though acknowledging, respecting and marking the true meaning of Christmas, ‘Sentiments of Christmas’ is an eclectic collection of aspects of the traditional Christmas season conveyed through music, stories, humour, sentiments, images and pictures presented through over 100 slides. Parts of the presentation provide opportunities for members’ vocal participation if desired. This is a Christmas presentation with a difference that may be just the thing to get your group into the Christmas spirit.

"….thank you for your great Christmas entertainment for us all yesterday. It made a lovey ending to the afternoon…."
Hingham WI, December 2021 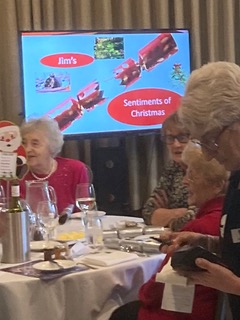 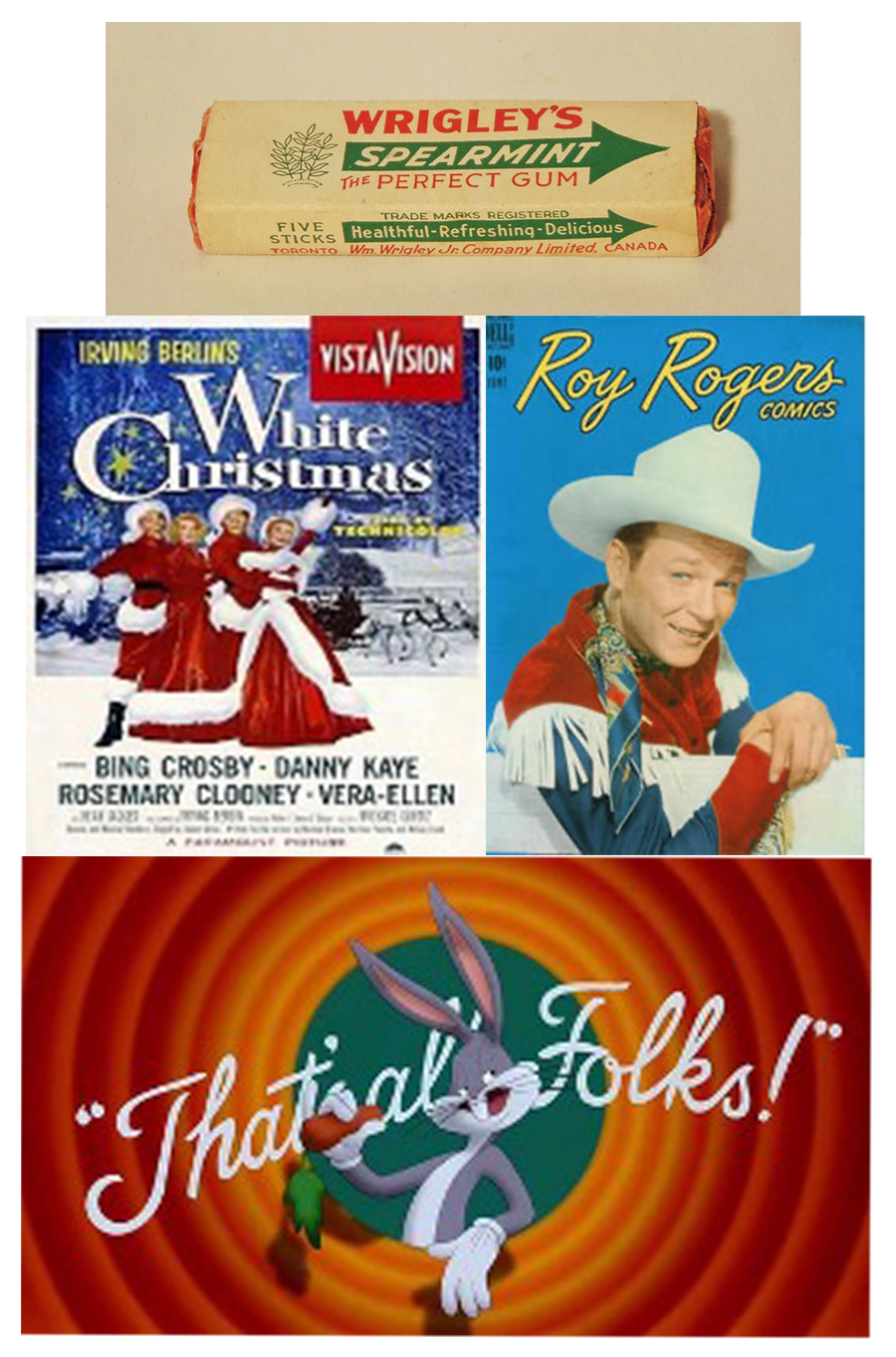 Anyone growing up during the austere and gloomy years immediately after the end of WW2 and into the second half of the 20th century will recall the influences that American culture had in brightening up our lives and introducing us to new sounds, images, fashions and foods, themselves promoted by the American servicemen who still remained among us.

With images and sounds of the era we recall some of these influences and how they remain part of our lives today. This is not so much a study of post-war social history but a celebration of the things we shared with our great ally as part of the ‘special relationship’.

It will stir the memories of those who grew up in that era and act as a reminder of how much as a nation we still share today. We shall also give some consideration to what cultural influences flowed in the opposite direction in later years.

Through The Stage Door

London’s West End Theatreland is the home to around forty theatres, some famous ones and some lesser known. We go Through The Stage Door of six of these palaces of entertainment in a tour across Theatreland where people flock from all over the world. We discover the unique and rich history of each, we learn about the buildings themselves, their unique features and we recall the performers who have been associated with each. We also hear about some macabre spirits that haunt and occupy them to this day! This is a presentation with pleasing slides that is informative and entertaining and will appeal to anyone who has ever paid a memorable visit to these, or any other theatre.